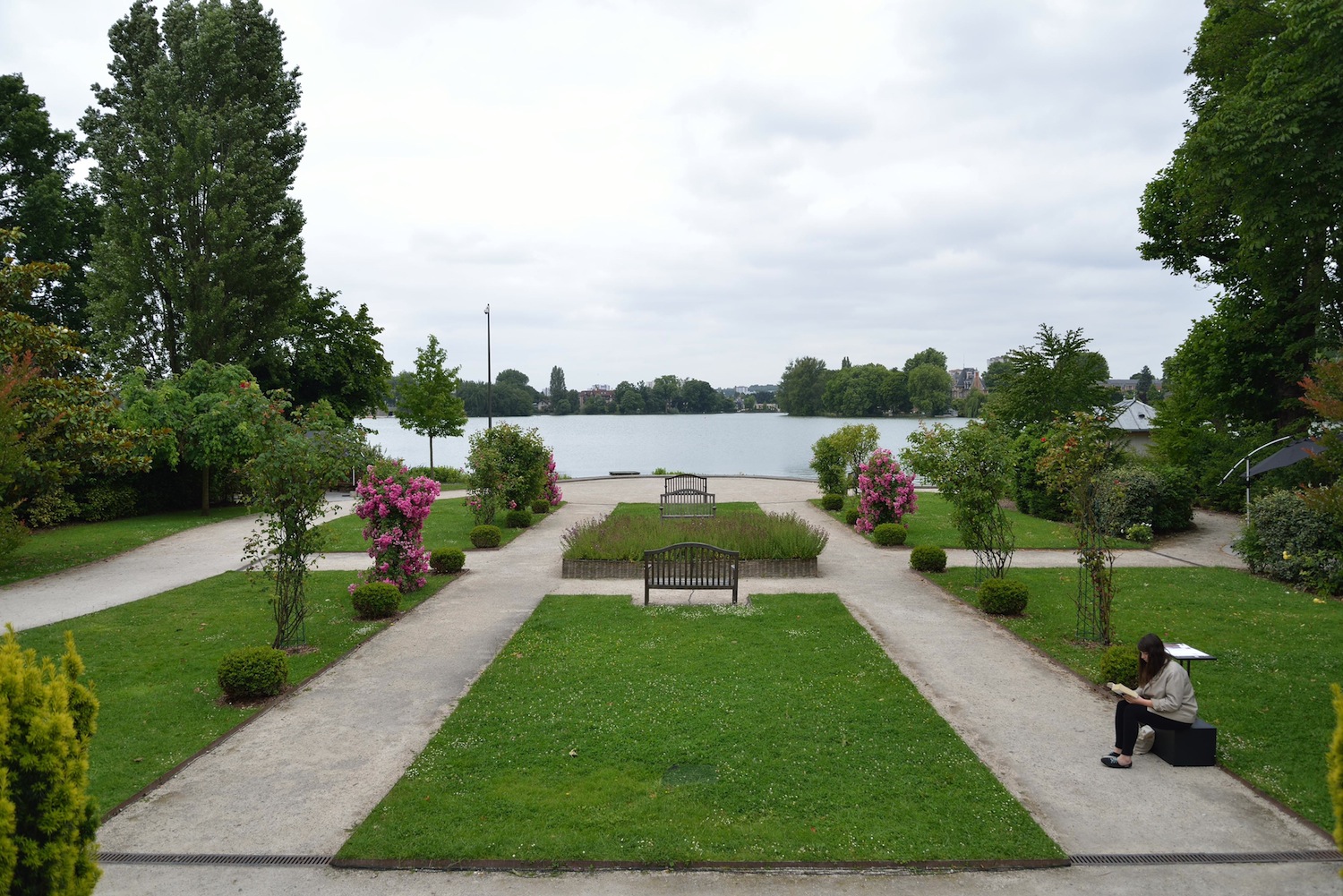 VOICE LANDSCAPE PROJECTS (2009- ) is the sound installation series in which recorded voice of the artist such as onomatopoeia and lip noises are electrically transformed into presence of insect and natural phenomenon on computer in concord with natural environment. In this project Oikawa attempted to pursue the expression of new presence beyond the border from existing life by recorded voice.

Meticulous research of the physical acoustic of flapping wings and communication of the crickets, whispering of water is followed by structuring of buzzing movement by his original program in 3D sound space using the recorded human voice and digital program. Its primary aim is to design and compose the presence of life as a part of natural phenomenon that gets beyond the limit of human "shape".

This work is created only by onomatopoeia ”ta ka ta ka” processed from recorded voice of the artist.
In Japan, onomatopoeia is representing the movement and action of creatures (such as, wiggling, little and swift movements of some creatures moving around and hiding behind bushes) and by installing them into the space, it would create poetic fantasy in concord with the exhibition site.

Transform the above onomatopoeia into the sounds of crickets and install them in the space:
Crickets have three ways of singing: single singing (trolling), threatening (territory), and flirting (courtship). With thorough research of physical properties (frequency, cycle and magnitude of sounds) of trolling, sound composition is created to produce new perspective of an organic nature in a specific environment, in order to let audience to perceive that the work that is created by physical data of a human being turns into part of nature. This is the work representing Oikawa’s recorded lip noises using digital-processing technology to express presence of creatures streaming around one representative tree in the site. Information (voice) of the artist was transformed into glimpses of creatures and it was composed as the element of natural environment. The work using recorded lip-noise of Oikawa transformed via his own method of sound processing technology into the “water whispering”. The sounds come out from the glass object (ver.1) installed at the foot of the tree outside.
The presence of a personal voice becomes a composing element of nature and spread across in concert with the surrounding nature or environmental phenomenon. 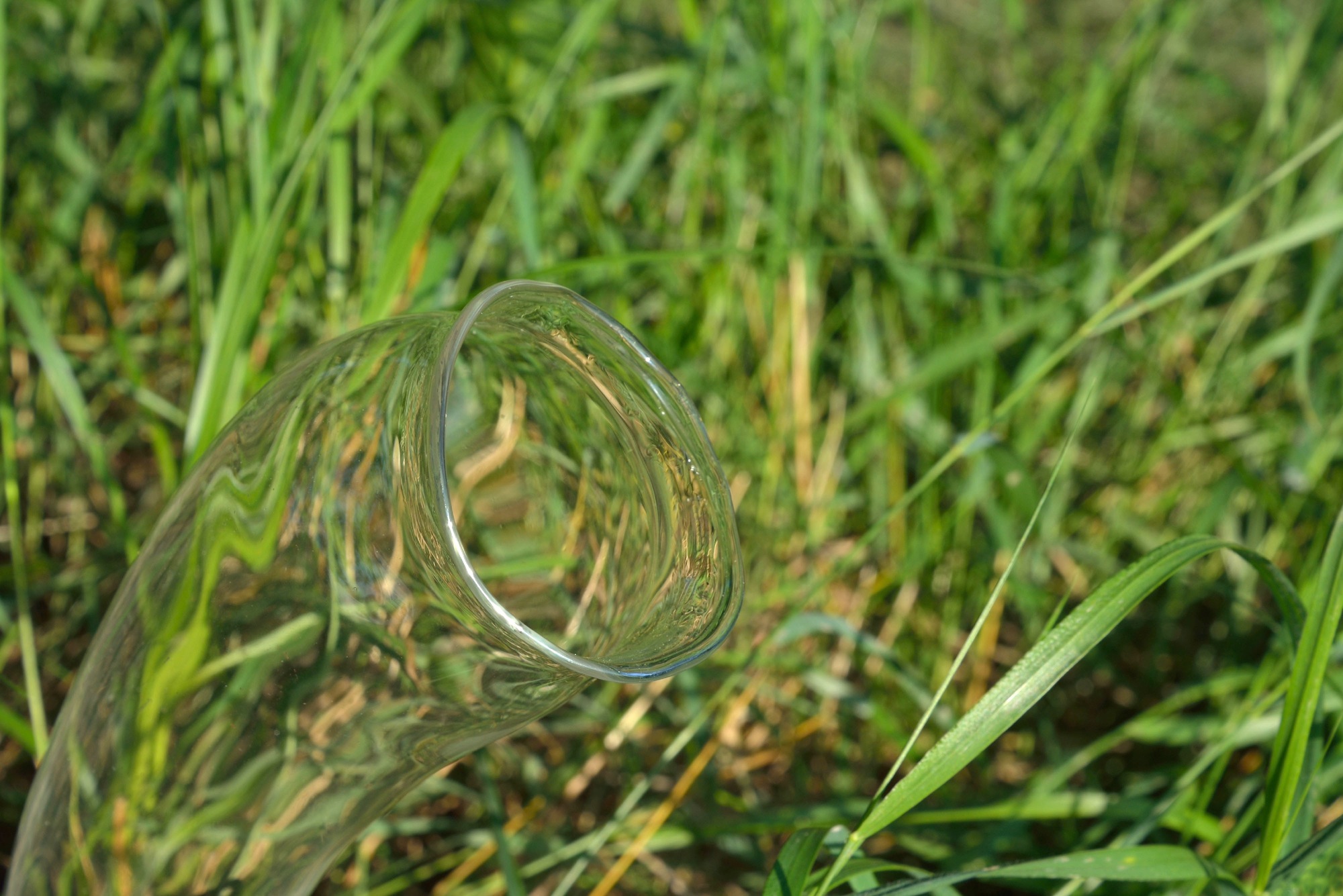 Contrast between the view of the vast sea through the windows of the Bath House and static sound cycles in the room generated specific function to transform time sensation and images of both inside and outside of the space. The sound was structured by transforming only recorded plosive sound "pa" into the resonance of water drop and *Suikinkutsu (water harp cave) via computer programming 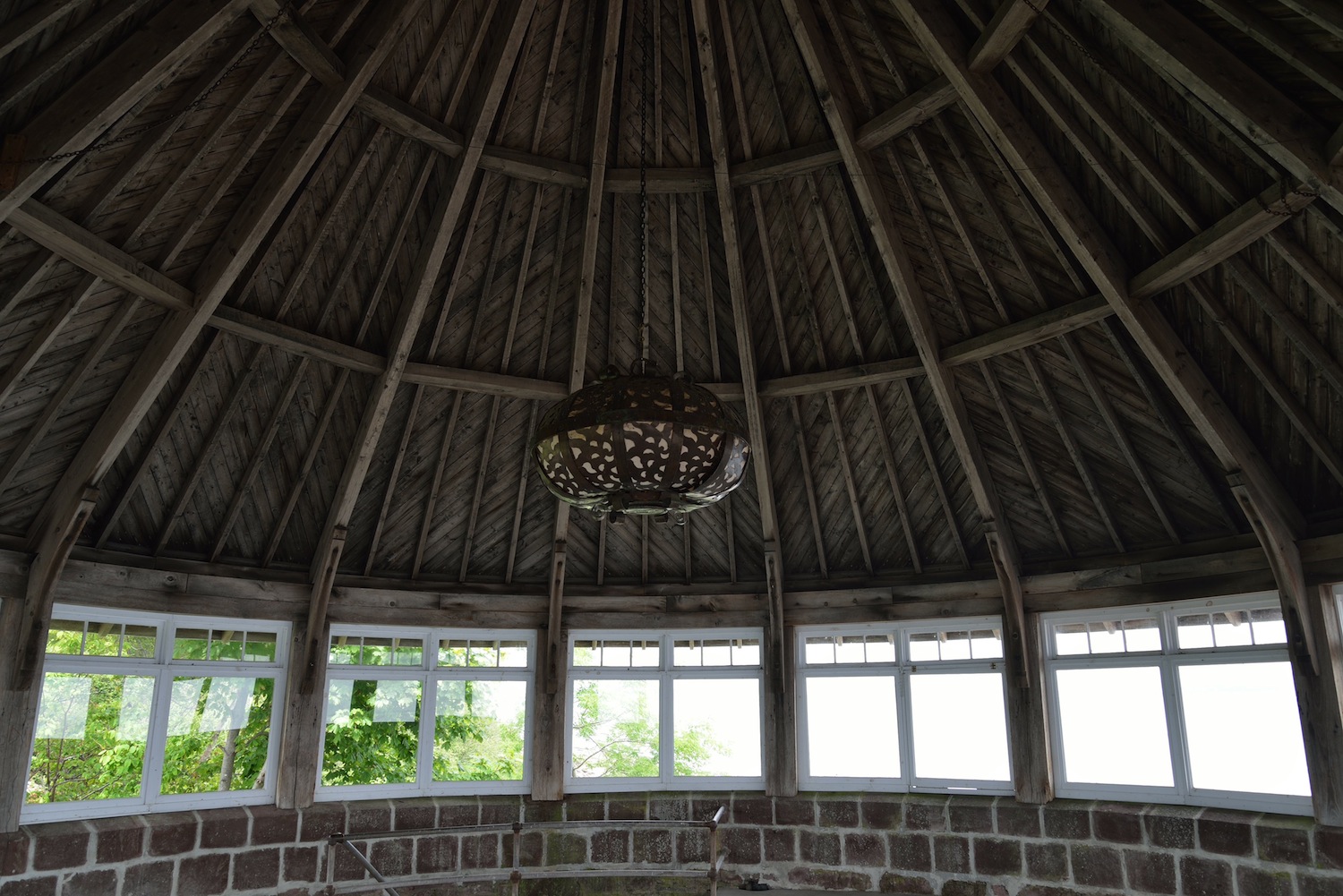 Transforming the whispers into the noises within the architecture (fan / heater), surrounding sounds (wind / sound of natural phenomenon) to connect the acoustic effect and resonance inside and outside the space, making his voice getting closer to the environment.
Wind sensors are installed outside to catch the air flow in realtime and translated into the audio effect as sound intonation within the room. By installing a number of speakers in the forest, recorded voices of his own that is transformed like whisper of birds via computer programming will be exhibited at the site.

"Transcription" of voice figures on papers. By subtilizing the voice gender and concreteness of languages, the voice becomes the individual existence as the voice of nobody---transcripted as the presence of others. 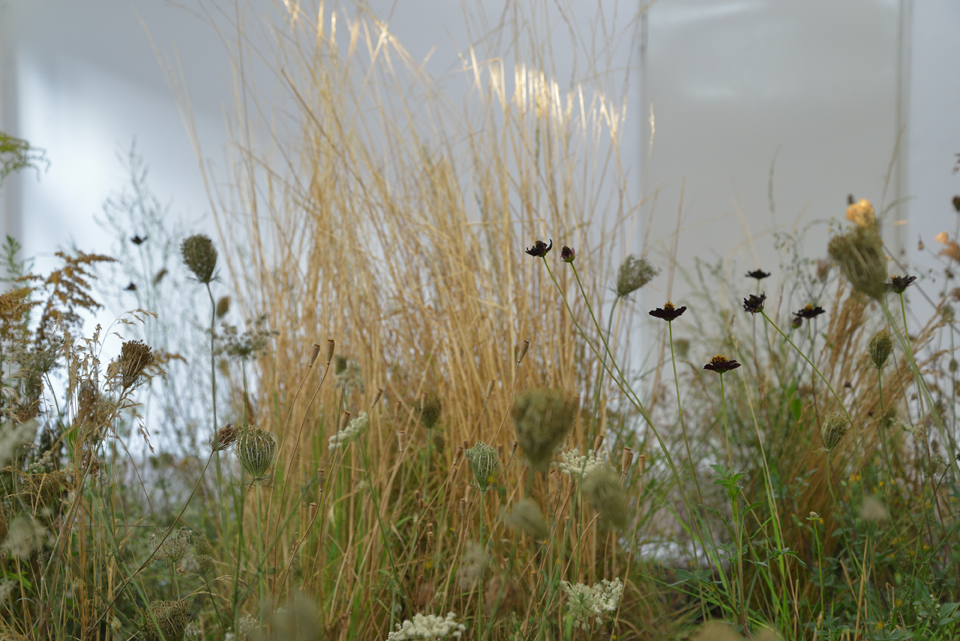 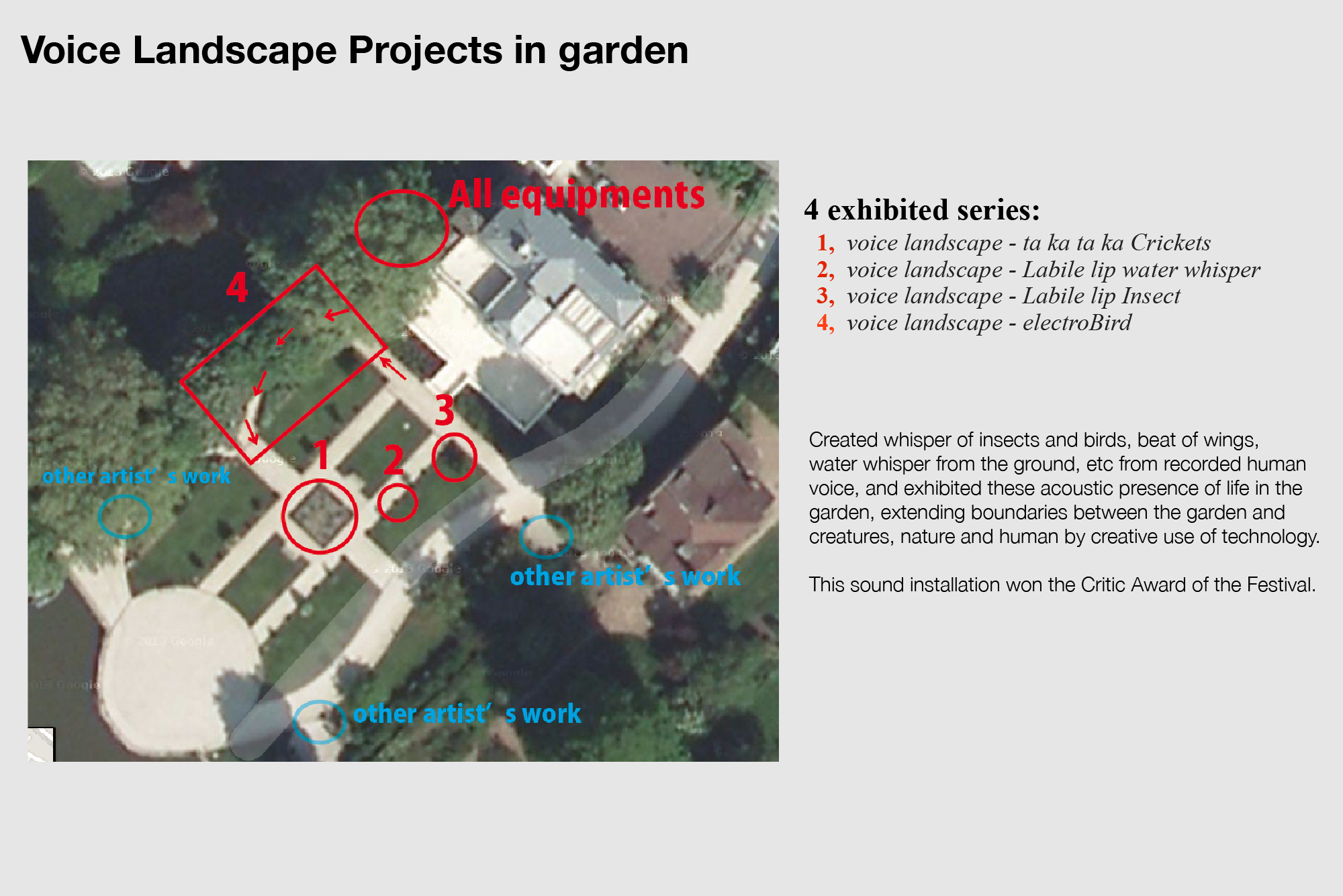 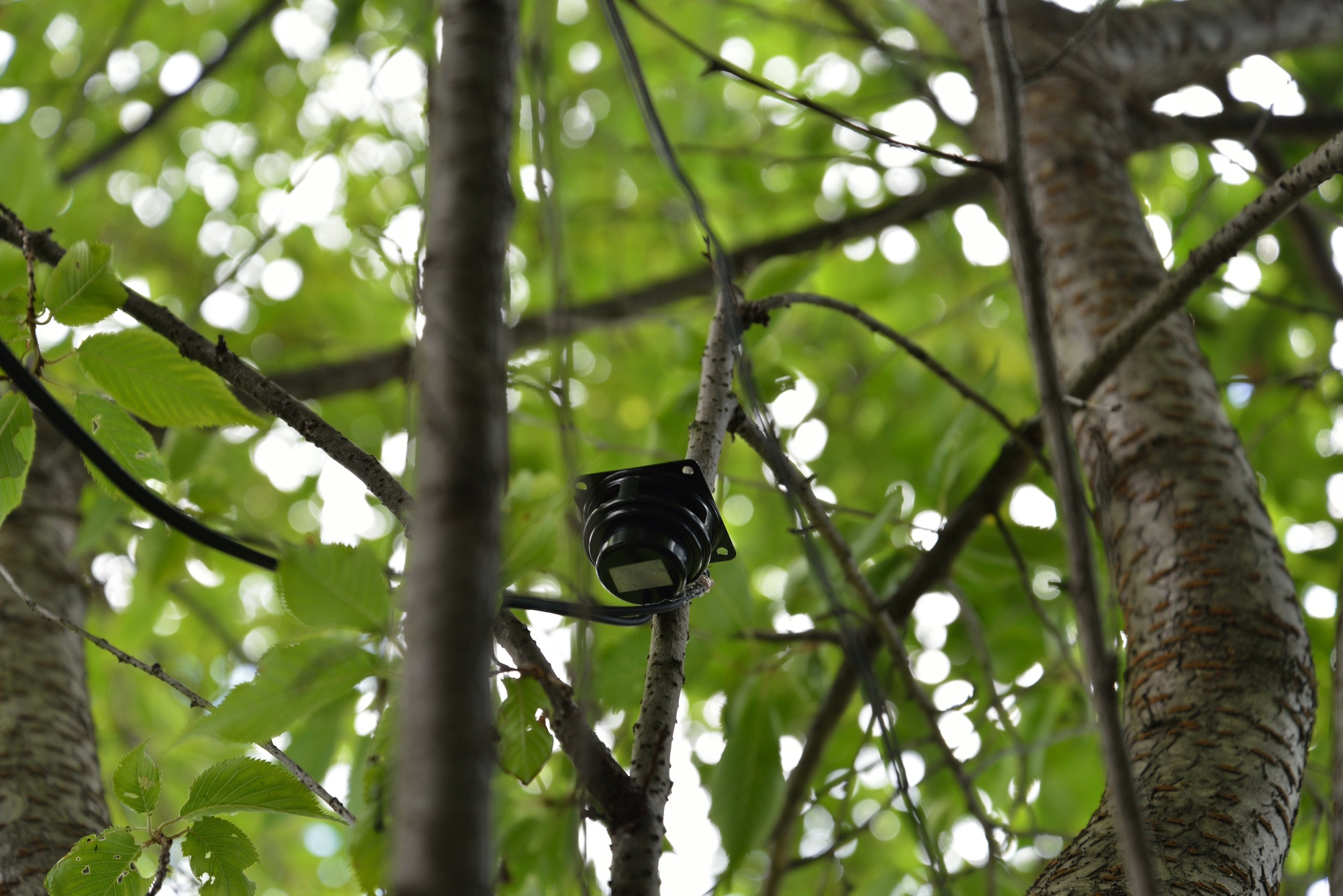 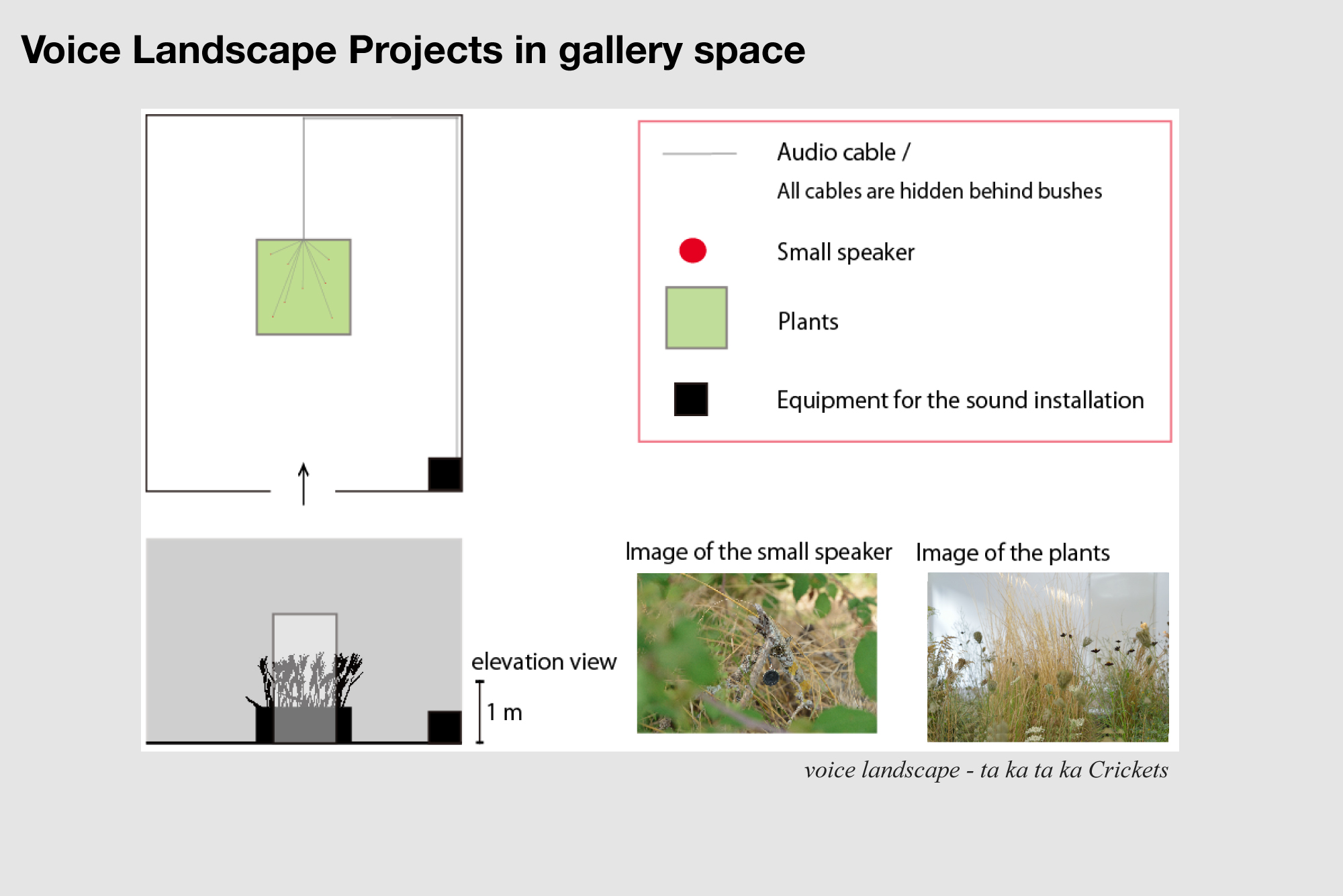 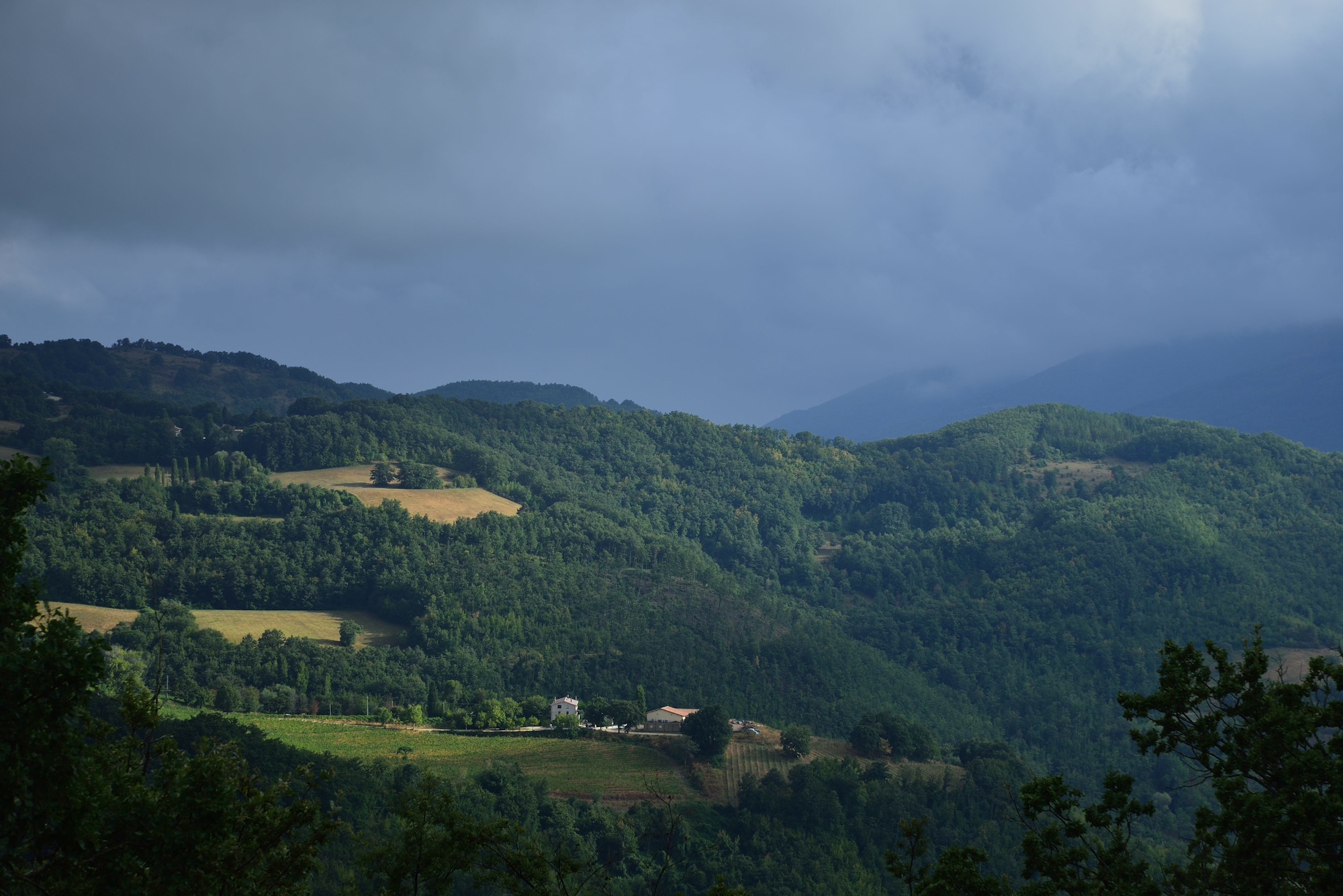 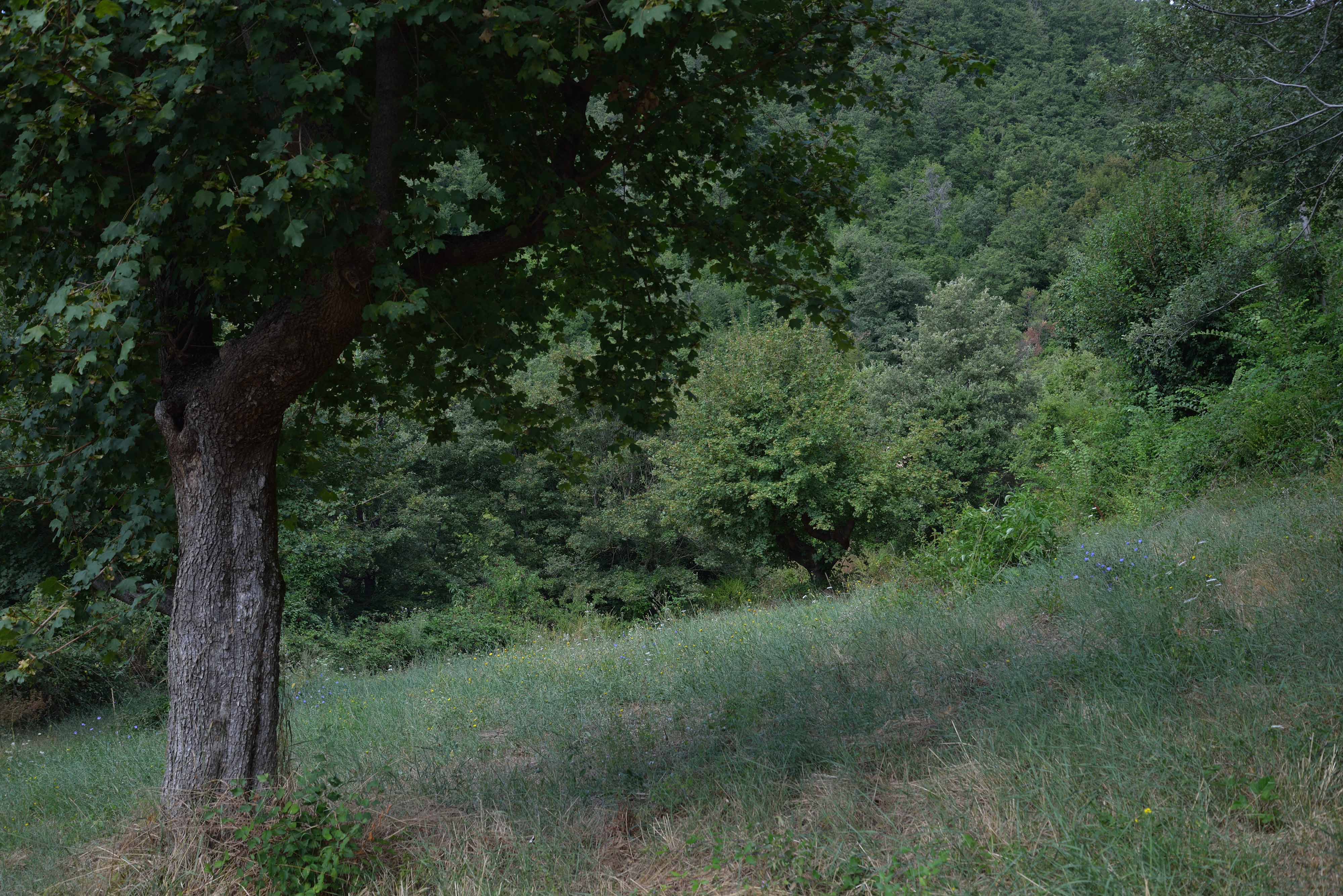